During May I put out a post about how to make friends as a young solo female traveller. As I wrote that post, the word count started edging towards 2000 and I thought that it might be a good idea to break it into two. As the post took shape, it naturally split itself into tips for people travelling from place to place, never staying anywhere for too long, and advice for those attempting to settle somewhere slightly longer-term. The post I published before covered the first of these, whilst this post will focus on the latter.

When I was travelling in 2016, I did a mix of both things: I visited a couple of countries and places for a week or two at a time, and I also lived in Sydney, Australia for around four months. That’s not too much time, but it definitely felt like a different experience to the other places I visited. I got a job there, lived in a house and made a few more friends.

This is why I think it’s important to make the distinction between travelling and moving abroad when it comes to making friends: the kinds of people you’ll connect with might be a bit different, and the chances you have to secure stronger relationships are of course a bit higher when settling somewhere for a while. The main difference I’d say is pickiness: friends on the road only have to be connections that last a short time, so your requirements can be a little broader; choosing someone to live with though, or someone you want to meet every week for a few months is a bit more of a commitment. So with that in mind, here are some ideas for establishing more long-term connections (and more importantly, having someone to take your classic I’m-a-traveller-so-pose-with-my-arms-up-in-the-air-in-front-of-beautiful-places photos)…

Stay in hostels – this list is starting at the same point as my other list, but it really is true: hostels are the best place to find other travellers. Hostels are a goldmine for those trying to create a new life abroad: you can find future housemates, work opportunities and friends, all from the hostel lounge or kitchen. It does take a bit of courage to put yourself out there though.

Join a work programme – in my post informing people about how to make friends whilst travelling, I mentioned joining a volunteering programme. This idea is similar, but is better for people looking to settle somewhere new. Work programmes are like package tours in the sense that they supposedly provide you with everything you need, but in this case it’s everything you need to relocate abroad: help with job and house hunts, local connections, information about phone networks, banking and visas… In theory, these are a great idea. However, my experience with one of these in Sydney left a lot to be desired, so I would not be able to recommend that company. But, and this is a big but as it changed my whole experience of living in Sydney, I did meet my two future roommates through it. So it worked out well in the end. But I think if you’re going to commit your money to one of these companies, try to talk to people who have done the exact same thing through the company you’re looking at already to find out how helpful it really was for them.

Visit the same places frequently – if you go to the same cafe every single day or week, chances are the barista is going to learn your name and coffee order. Perhaps you’ll have something in common, or perhaps you’ll get talking to another regular who sits at the table across from you every Tuesday afternoon. (I was never extraverted enough to make friends through this method, but I have hope one day I will).

Do your hobbies in public places – if you have a hobby that can be done in a public place, then push yourself to do that. Skateboarding is an example that comes to mind, or attending dance/art classes perhaps. Again, all my hobbies are pretty introverted (blogging for example), and so I never really exploited this one. However, I did…

Look for people with similar interests – at the time I moved to Sydney, I had been vegan for just over a year. I was really keen to meet other vegans so we could eat out together and have something in common straight away. I started talking to another vegan on Instagram and we ended up meeting for lunch one day at a plant-based cafe; eventually this led to a whole group of us regularly eating out and going for vegan ice cream, so that was pretty cool.

Say ‘yes’ to events – one of the things I did with my new group of vegan friends was go to a night market, an event with a lot of food stalls. We ate so much yummy food and met another girl there who joined our little group. Special events can be a great place to meet new faces: there are a lot of people in a relatively compact space and they’re all there loosely for the same thing. The downside of this though is that it can be a little overwhelming.

Go out with your new friends – there was a big part of me that preferred binge watching ‘How To Get Away With Murder’ with my roommates over trawling the clubs of the city at 1am. But I’d recommend getting a taste of the nightlife at least a couple of times, particularly with new friends. As a general rule I’d say long-term friends aren’t really found through clubbing, but new friendships can definitely be solidified through it. 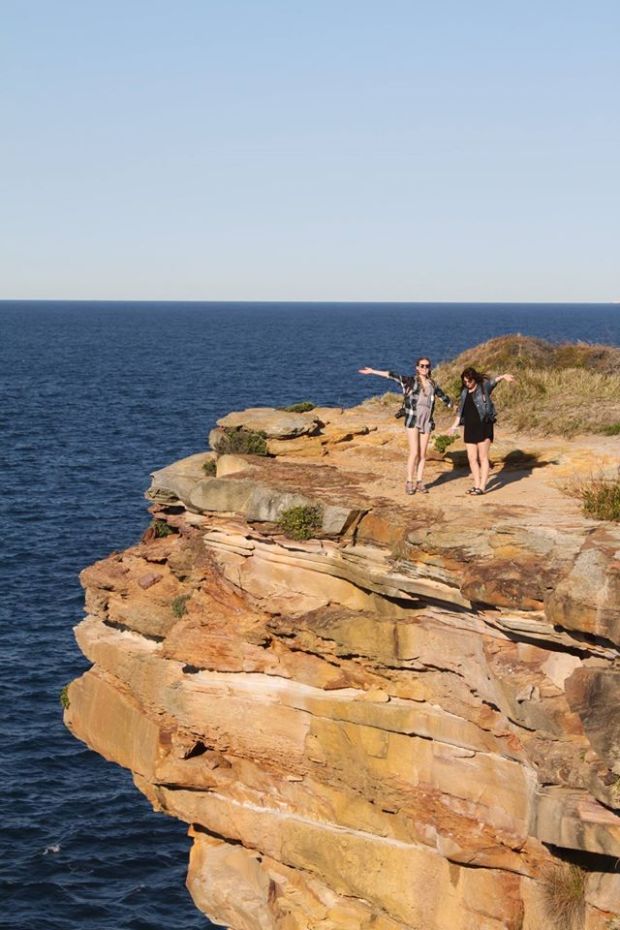 Get a job – if you have plans to find work abroad, then you’re likely to bond with a few friendly people in your workplace. I worked in a cafe in Sydney and always had late shifts with the same girl. She made my time there a lot more enjoyable, and once we knew each other a bit better we had a sleepover and watched Mamma Mia. Such a great night.

Live in a shared house – if you are working abroad, you’re going to be looking for more long-term accommodation. Instead of isolating yourself in your own studio flat, a great way to make friends (and not to mention save a lot of money) is to move into a shared house. Don’t get me wrong, this can have its downsides too. I ended up living in a house of around 12 people at any one time and people were constantly moving in and out. The vibe changed a lot depending on who lived there, and nearer the end of my stay I was living with several noisy and pretty disrespectful people. However, my first experience of this was pretty good: I was the youngest in the house and I felt like people were looking after me a bit. It’s also a good place to get lots of advice from fellow travellers about work opportunities and general help with anything that might be confusing you about life abroad.

If this post has shown anything it’s that there are so many ways to make friends in a new country. Some are harder, and take more effort and bravery, than others. But there’s always a way for you to get friendly enough with someone so they take your cheesy photos to post on Instagram. I have an embarrassing amount of these…

Is there anything I’ve missed? Let me know how you’ve made friends when living abroad in the comments 🙂

5 Ways to Build Confidence and Lessen Anxiety When Travelling Alone

What I Learnt From the Hostel Snorer in Sydney: Travel Experiences

29 thoughts on “How To Make Friends When Living Abroad”