September has been a pretty intense month for me. From going on several holidays to starting university, September has flipflopped through the full extent of emotions and has been chiseled by change. Attentive readers will perhaps have noticed this already: this is the first time my posting schedule has been so sporadic and scattered since starting my blog all the way back in November. A lot of things have happened in the last 30 days, and so I thought I’d split this Reflections post into sections. I, for one, am definitely in need of a little clarity and simplification.

I kicked off September in the best way possible – sleeping in a field. Well, sleeping in a tent in a field. I spent that first weekend of the month strolling through falling leaves in the late summer sunshine of the New Forest and it was wonderful. I think that spending time in nature, and living in a tent, both allow yourself to feel grounded and to dedicate time to appreciating the little things in life. For example, when you’re camping, cooking takes three times as long as it does at home – but that’s okay, because it gives you perspective. 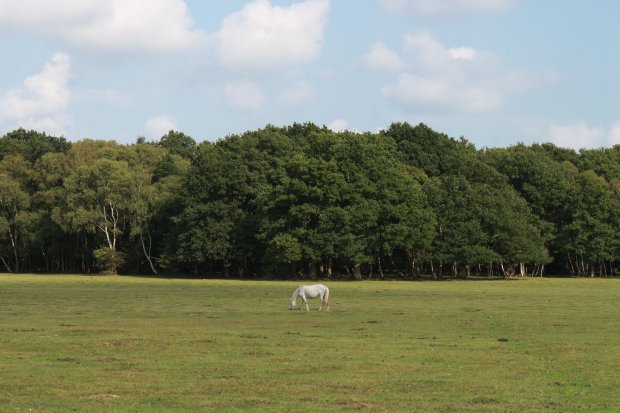 Confident remains in quote marks as gaining it once does not guarantee it sticks around forever; driving is one of those things I feel I have to keep regularly chipping away at to remain confident with it. However, at the start of summer I vowed that by the end I’d have properly reached this point for the first time. And I got the chance to do this when I drove all the way and all the way back from the New Forest. It’s a couple of hours drive from my house, and being the only qualified driver on the trip, I knew I’d have to cover the long distance alone and face a lot of motorways and roundabouts. Which I didn’t just survive through, I actually quite enjoyed. So confident driving is a tick, at least for now.

A few days after getting back from camping, I was off again to Spain. I spent eight days there with my boyfriend, but we visited three different places and so the whole trip felt quite a bit longer (which is a good thing, of course). We ate so much amazing vegan food (think tapas, pastries, sushi, cakes, ice cream… it’s making my stomach growl remembering it all). I also rediscovered my passion for street photography, like I always do when I’m abroad. The trick I haven’t figured out yet is holding onto that passion when I’m at home.

Arriving back from Spain was the reality check that, yes, I will be off to university soon. I had a week to get ready: buying stuff you forget is essential because you’re so used to having it at home (yeah, I almost forgot those coloured food clips, and that would’ve been a bit awkward to sidestep around) and packing up a small car in tetris-like fashion all fell into this ‘getting ready’ phase. By last weekend, I was ready to go…

Knowing that I was on the verge of such a big change seemed to freeze up my ability to create. I felt unable to write properly, or even think straight. I tried to work through this a bit, and I think if I was still at home now this would’ve worked. However, with so much change towards the end of the month creativity has kind of flown out the window. Hopefully that’s just a temporary thing though.

And finally, after two and a half years away from a physical education system, I headed up north to uni. Anyone who has gone to university will know how intense Freshers’ Week can be. The last eight days or so have flown by, yet have felt so packed with fresh things it’s a little overwhelming to think about. New place, new people, new course, new routine, new everything. It’s actually harder to write a list of the tangible things which remain the same at this point. And so, understandably, my blog has felt a little neglected. I’m hoping that it doesn’t stay this way for long, but I’m also not going to sit here and make any promises that I cannot stick to. So just stay tuned for that.

And that brings us to the end of the month, which conveniently lines up with the end of the week too. The end of Freshers’ Week and the start of ‘real’ university. I don’t think I have many comprehensible thoughts about it all at this point, I think I’m still processing everything that’s happening. That’s not really helpful as a blogger, and I guess is kind of annoying as a reader, because this post is a little thin.

I felt like it was necessary to use this compartmentalised style for this Reflections post as that’s exactly how it all feels in my brain currently. I’m taking it all in, but not all the thinking has occurred yet. I get that it’s frustrating to not get an in-depth feel of what’s going on, yet this is how I’m experiencing things; I think it is important to capture it that way rather than to fill the post out with lengthy, flowing descriptions which wouldn’t feel as authentic.

Nonetheless, on the whole I have had a great time this past week (and across September in general). It feels exciting to be here, starting something fresh.

How has September been for you? Anyone else who’s just starting uni?