October was an intense month; I think anyone who has just started university will agree with that. It’s had a lot of ups and downs and has generally felt very confusing – it’s like the rug is constantly being pulled out from underneath me and I’m not sure if my feet will ever actually be touching solid ground. Bearing this context in mind, I thought the best way to approach October’s roundup post would be to focus on the positive things that have happened, rather than trying to condense all the emotions of the month into one chaotic assortment…

Coincidently, the 1st October lined up perfectly with the first day of all things academic: lectures, seminars, piles of reading… At first I was thrown into a bit of a panic with the amount of work that seemed to be piling up from hour one, but as the weeks have progressed it has become easier to know what needs doing and when. I’m studying Sociology, and I’m enjoying many of the topics we’re covering, so that’s a good sign I think! 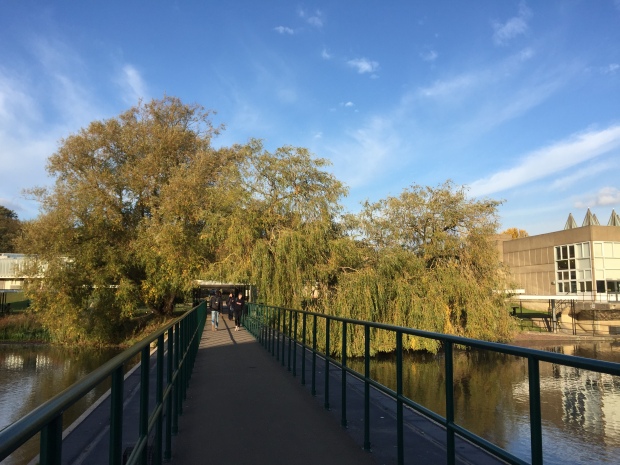 University work isn’t the only thing to take up time in the first few weeks though – there are so many new activities and events to get involved with. It can be pretty overwhelming. In my first few weeks I tried out a whole number of things I’ve never done before, from zumba classes and jiu jitsu, to joining a society dedicated to the appreciation of hummus. There are plenty of things I didn’t get to try out but I’m sure more opportunities will be there when I have the time.

Over the last month I’ve met some truly wonderful people at university, and I can honestly say they have made everything about my university experience so far so much better than it could’ve been. The kitchen singalongs, the baking and the chats, the laughter and the tears and all the hugs. It’s a strange thought that I didn’t know any of these people two months ago. 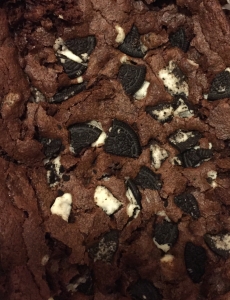 Nearing the middle of the month, I got interviews for the two jobs I applied for at the start of term and ended up successfully landing one of them. It’s a role I’ve never really had before – more on the side of communication, generating creative ideas and administration, so that’s an exciting change from jobs I’ve previously done (in customer service, for example). I’m excited to have another focus other than university work because I often find that academic stuff is like gas particles: it will expand to take up all available space. So by giving it less potential time, or in other words, a smaller container, it won’t feel so all-consuming.

Uni work is important but sometimes your mental wellbeing has to come first. This is something I thought I knew before starting university… It turns out I’ve had to work harder than I thought I would in order to not feel guilty for looking after myself. It’s okay to take breaks; it’s okay to have days away from the computer screen. (These are the little mantras I have to remind myself of every now and again).

That brings us to blogging…

In the quest for perfect prioritisation, throwing myself into studying and looking after myself, blogging has definitely been the neglected element of my life. That’s also something I’m coming to terms with though. I can’t put all my energy into everything all the time, and it might take me a while to pick up the itch for writing online again. I still posted five times throughout October, so I guess it’s not quite reached the tumbleweed-state I’m attributing to it. It’s more a lack of engagement with other bloggers that has been the problem – I haven’t had time to read other people’s content and that makes me feel very disconnected from a community I used to feel so involved in. Hopefully I’ll be able to get fully immersed in it all at some point in the future though!

And on that note, I think that’s all the key positives from the past month. What was October like for you?